Artifact Guides - Understanding the Board

In every card game, the most important things that players should be familiar with are the playing field, the kind of cards, and attributes of cards. This is certainly true in Artifact.

The Cards and the Field

You already know that Artifact is based on DoTA 2. As such, it features the same kinds of units found in the original MOBA game. The only difference is that this time around, they come in the form of cards. A deck is made up of 40 cards, and players draw 5 cards at the beginning of a game. After that, they’ll subsequently be drawing two cards per turn.

Like DoTA 2, players will be fighting on three lanes in Artifact. Representing these lanes are three playing fields where hero, creep, and spell cards will be played. The game moves from one lane to another every turn, but players can check other non-active lanes.

To play these cards, players need mana. At the start of a game, players have 3 mana. They receive 1 mana per turn after that. Players can use certain spell cards to supplement the default amount of mana you receive.

In these lanes are the main structures and the objectives of the game: Towers and The Ancient. As a player, you should destroy 2 towers or the Ancient in order to win the game—all the while defending yours. Towers have 40 HP, while the Ancient, which will appear in a lane that had its tower destroyed, has 80 HP.

The centerpiece of Artifact is the heroes. Without them, you won’t be able to play any cards, as they determine the color of the cards that can be played in a lane they occupy. Aside from being the lifeblood of the game, they can also use spells, which either deal damage or provide support and/or utility. Ultimately, heroes have signature spells that have significant effects, allowing you to either turn the tide of battle in your favor or keep your advantage.

Finally, heroes can equip items, which boost their attributes, and respawn after a few turns when they die. Upon death, they will stay in the fountain for the rest of the current round as well as the entirety of the next. After that, they can be redeployed back into the lanes.

Items are bought during the shopping phase using gold, which is obtained by getting bounties. To get bounties, you need to kill enemy creeps or heroes. The former gives 1 gold while the latter yields 5 gold. The Bounty can be increased through certain items, spells, and other effects.

Next would be creeps. They also attack while some even have passive effects. However, they do not resurrect when they die. 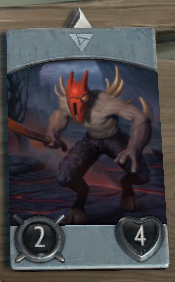 For damage, there are two types: normal and piercing. Normal is reduced by armor while piercing ignores armor altogether. On a related note, heroes and creeps can be affected by negative armor. This means instead of reducing enemy attacks, they will be increased.

That's it for this week's guide! With these 2 first articles, have barely scratched the surface but we will publish more in the coming weeks to explain all the cool intricacies of Artifact. Stay tuned!